If you're unfamiliar with the nest, it is a replacement for your programmable thermostat that learns your habits and programs itself, among other things like monitoring energy usage to help save you money. If that isn't cool enough, it is wi-fi enabled which means it auto-updates itself, I can set the schedule from a website, and I can control the temperature in the house from anywhere in the world. Is it lame to get so excited about a thermostat? Probably, but who cares, this thing is fucking cool. Check it out.

This thing is beautiful. Plain and simple. Heres the thing being unboxed: 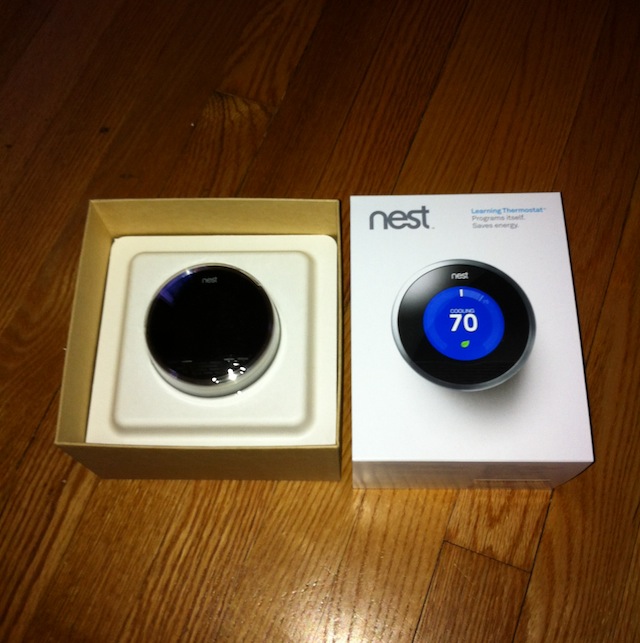 It also comes with a screwdriver, since I'm sure you don't have enough of those laying around... right? Notice the level on the base? That is brilliant. 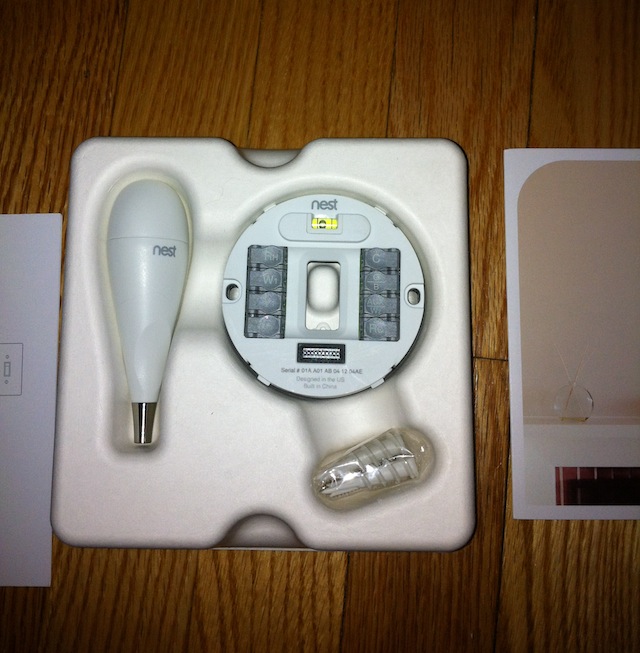 The installation was pretty simple as well. I just had to snap off the old thermostat cover and mark the wires. The old thermostat left me with some unexpectedly big holes in the wall, but I was in such a rush to get this thing on the wall that I ignored them (for now) and did some light spackling and painting. 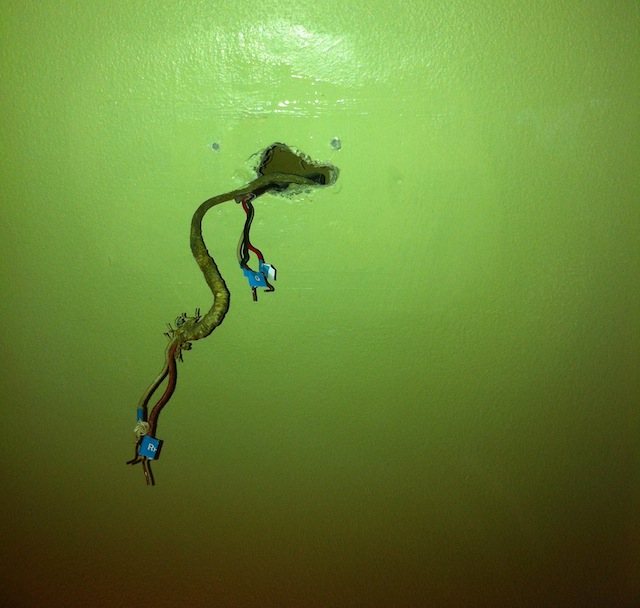 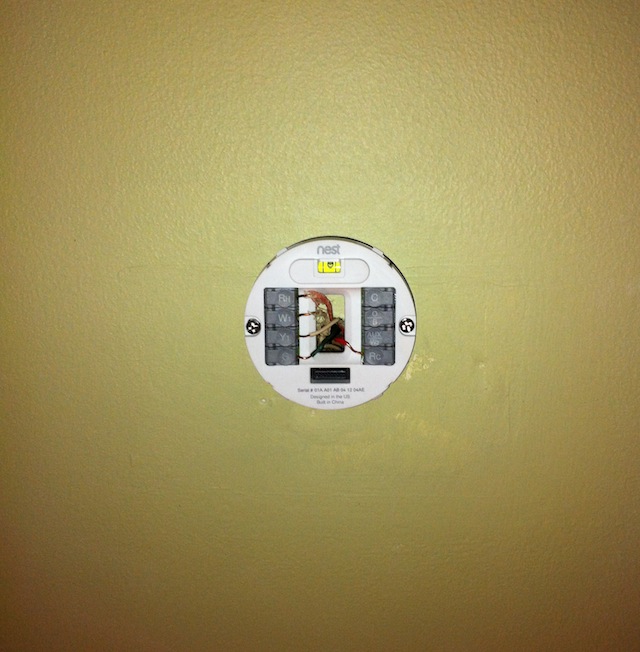 (I didn't have a pencil handy so I drilled the pilot holes while holding it, which probably shifted that bubble a bit. It will bother me until I forget about it)

Heres the part that counts. This thing looks absolutely beautiful on the wall, this scaled-down-cell-phone-image doesn't do it justice at all. 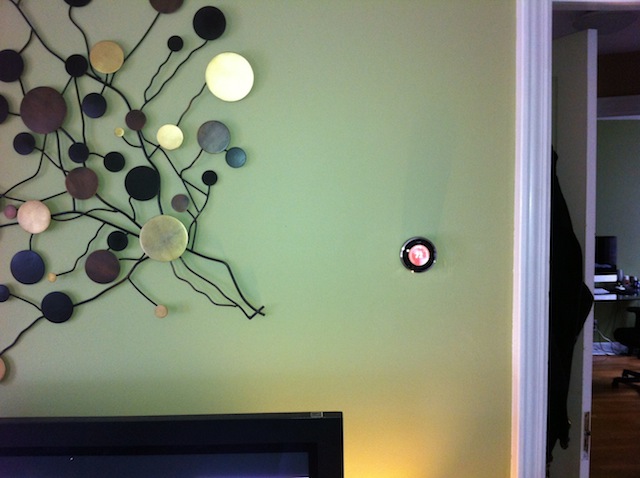 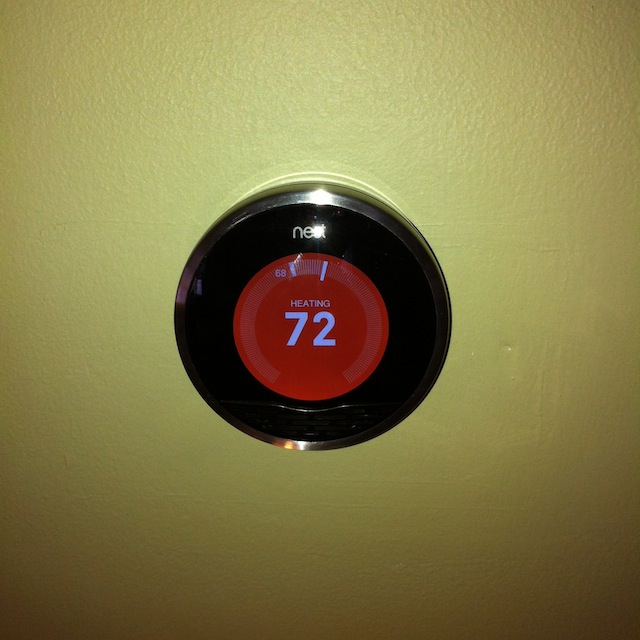 What caught me by surprise is that it runs completely off those low voltage wires with a rechargeable battery -- I expected at least a AAA or something in there, but nope. It's also too soon to tell what the energy savings will be, hopefully they are enough to offset the pretty big cost of this thing. At some later date I'll have to update this post to really know if this was a wise purchase or not, but for now, the geek in me is completely satisfied with my new gadget.

Rob Hurring is a software engineer residing in the NJ tri-state area. He spends most of his time writing Ruby and JavaScript code and hacking on whatever he finds neat.